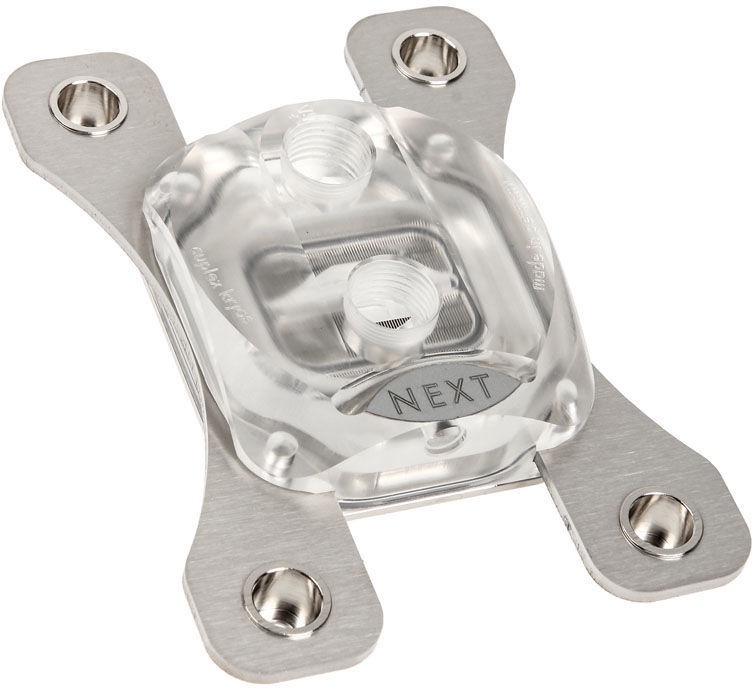 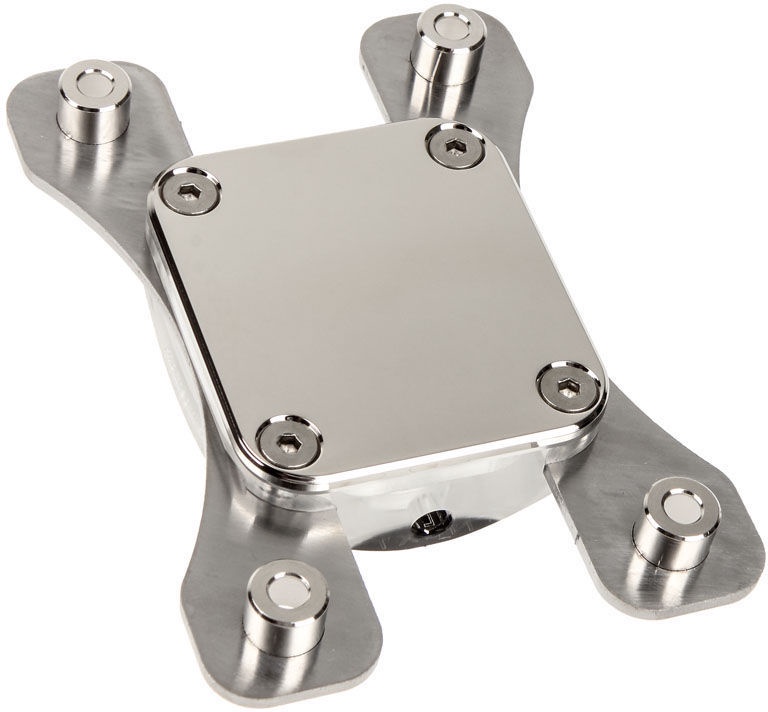 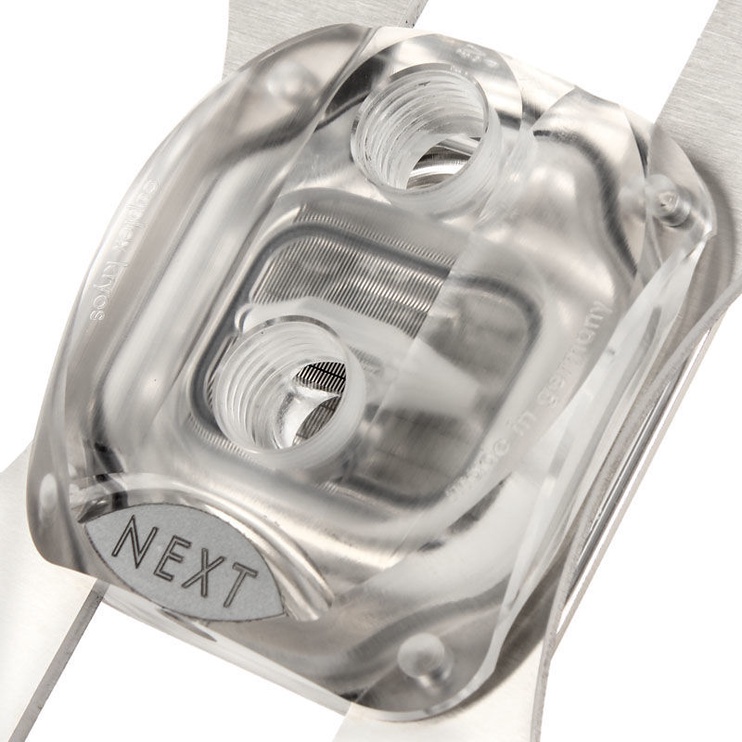 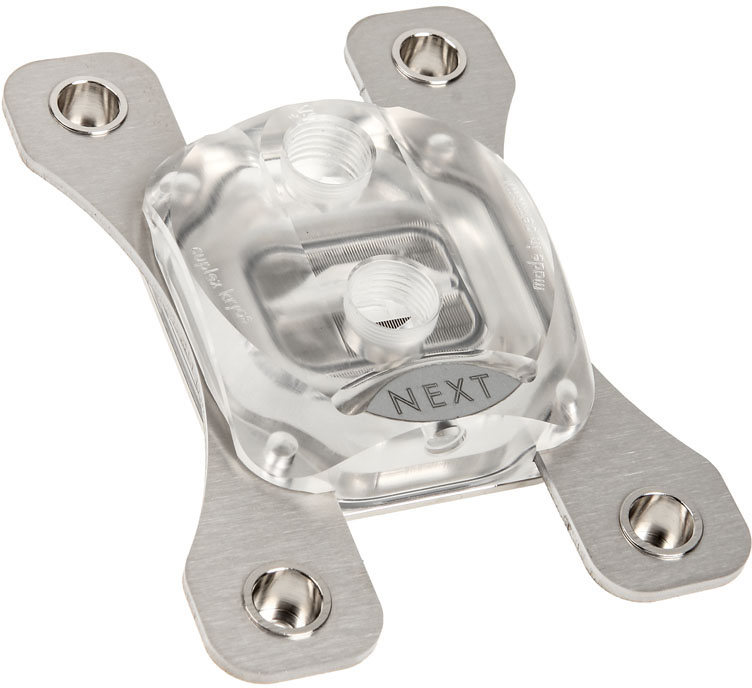 With the aqua computer cuplex kryos NEXT , the manufacturer specializing in water cooling presents a CPU water cooler that replaces the cuplex kryos, which has been available for six years, and provides even more efficient cooling thanks to improved flow, reduced structure size and optimized contact between CPU and cooler. Thus, the German Wakü specialist continues to claim the crown among the CPU water coolers, which is not least due to the usual care of experienced engineers, who set new standards in cooling performance through various analyzes, optimization procedures and tests.
The aqua computer cuplex kryos NEXT CPU water cooler at a glance:
Optimized CPU water cooler with high performance & stylish design The aqua computer cuplex kryos NEXT surpasses the previously unattained cooling performance of its already successful predecessor and thus represents a new milestone in the development of CPU water coolers. The cooler base is equipped with an extremely fine microstructure whose structure width is less than 200 μm. For optimum distribution of the coolant, use is made of a flat nozzle integrated in the housing, whereby the coolant flows in the middle of the microstructure and is discharged from there in two directions.

The cuplex kryos NEXT is available in different versions, this is the acrylic / nickel version, which has a transparent acrylic glass housing with integrated LED lighting and a nickel-plated copper base and its outstanding appearance is interrupted only by the stainless steel sheets of the mounting system , The color of the LEDs changes depending on the water temperature, whereby the temperature itself has to be determined.
Easy installation - ideally suited for the AMD socket AM4 The mounting system of the cuplex kryos NEXT is very high-quality processed and allows an uncomplicated installation on various AMD sockets of the AM4 series. Two solid stainless steel sheets with a material thickness of 2.5 millimeters and a total of four pressed nickel-plated spring cups produce a tidy and elegant appearance when installed. This is achieved mainly by the low height and the hidden in the spring cups knurled screws and springs, which are provided for the actual attachment of the radiator on the motherboard. The thumbscrews can either be conveniently mounted by hand or with the help of a hexagon socket wrench. Since the mainboard processor socket already has a backplate, this version of the cuplex kryos NEXT CPU waterblock does not contain any additional backplate.
Perfectly combined with Thermal Grizzly Kryonaut Thermal Paste For optimal performance, each cuplex kryos NEXT CPU water cooler also comes with a 0.5 gram syringe of thermal-conductive Thermal Grizzly Kryonaut Thermal Compound, which should last for about five months. Thanks to the supplied plastic spatula and the low viscosity of the thermal grease, it can also be very well distributed between CPU and water cooler.