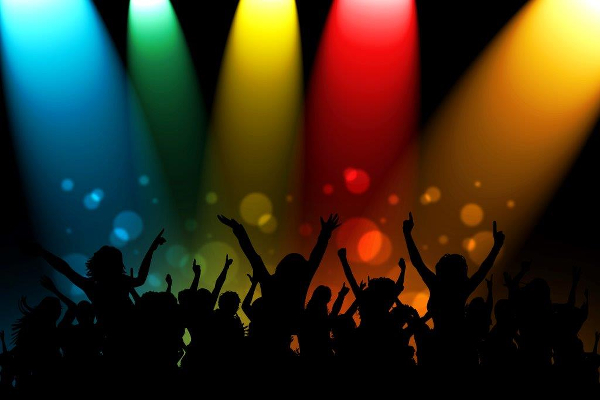 “Good and loud music is a must for every great party”. It’s difficult not to agree with this statement. People have always needed music as the background to their meetings. In the 1940s, they danced to the sound of live musicians. After that, when gramophones became widespread, they listened to the tunes from records. Tape recorders were the next step in this evolution – then boomboxes were present at parties and meetings. They were followed by stereo systems with CD players.

State-of-the-art technology means that the reproduction of sound is even easier, thanks to wireless party speakers, which are functional, portable and powerful enough to make the walls shake! By simply enabling the connection between your smartphone and the speaker, you can play music from your personal library or music-streaming-service accounts.

The new Blaupunkt PS10DB power audio system is a perfect solution to ensure the appropriate volume of the sound from various available sources. The device is equipped with a Bluetooth module, which makes it possible to listen to favourite music saved in the memory of smartphones, tablets or computers, if they are connected to the Internet. It is also possible to play music from radio stations available on the Web, and from countless music services.

The speaker has a slot for SD cards and a USB port. When connected to any memory device with capacity of up to 32 GB, you can play audio files in the MP3 and VMA formats.

The AUX port located in the top panel of the device gives the additional possibility of connecting many other sources of sound, such as MP3 players, music mixers and DJ consoles.

The PS10DB has a built-in FM radio with a 40-station memory preset, which ensures that you can listen to the available favourite radio stations without the necessity of tuning them in.

The new audio system in the portfolio of the brand also includes an amplifier which generates am incredible peak power of 1200 Watts, and therefore it can be used even for quite large parties. The optimum sound regulation is possible thanks to built-in equaliser with six modes available: Rock, Jazz, Classic, Flat, Pop, and Country. The operation of the speaker is even easier with its remote control.

Another important feature of the PS10DB is the karaoke function, with two wireless microphones included. Just turn them on, adjust the tone and quality of the sound with the volume input controls, low- and high-frequency sounds, and echo – and you are ready to sing! The LED display located in the top-front part of the device offers additional special effects - disco LED lights in eight different modes. Turn off the light, grasp the microphone, and feel like a star! The disco atmosphere is created by light effects on the ceiling.

The equipment works with a power supply and built-in battery which needs charging after about 6 hours, which is enough to play music from 2 to 4 hours, depending on the sound level. The battery-charge level can be checked with the use of an indicator visible on the LED display. The device has handles in the top panel and wheels, which makes carrying it around easy and comfortable.