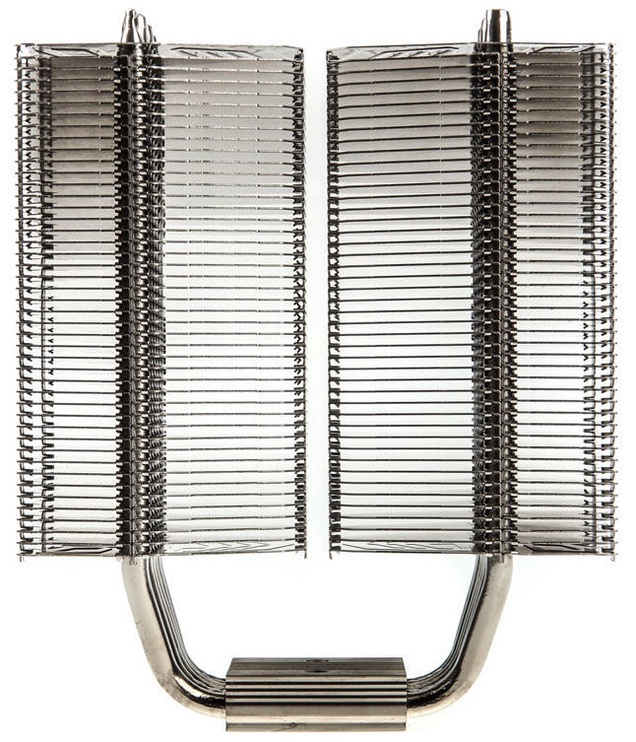 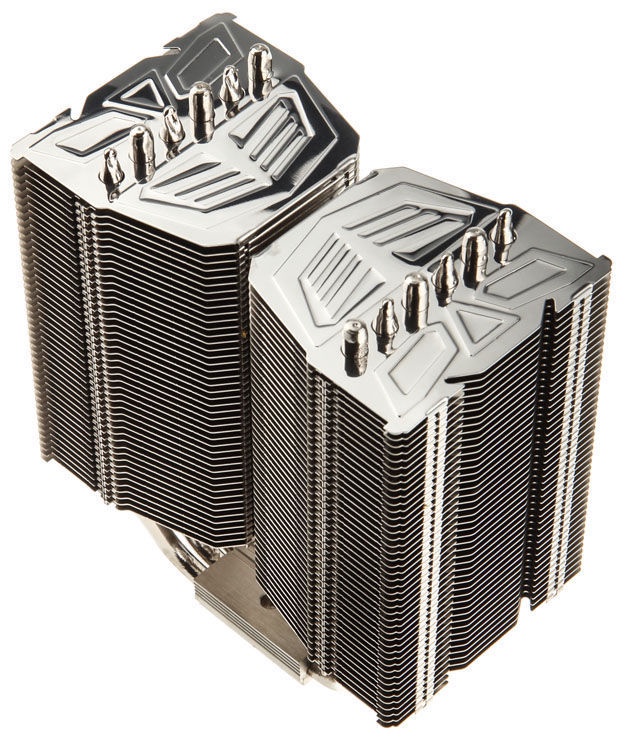 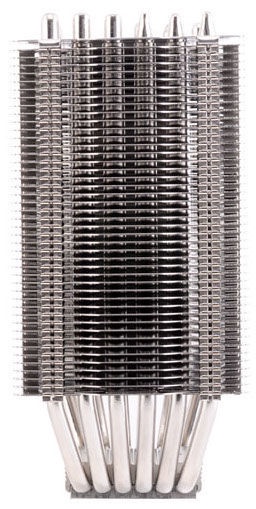 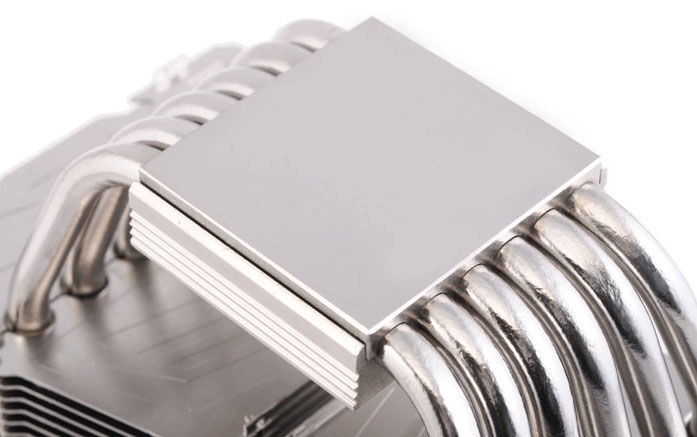 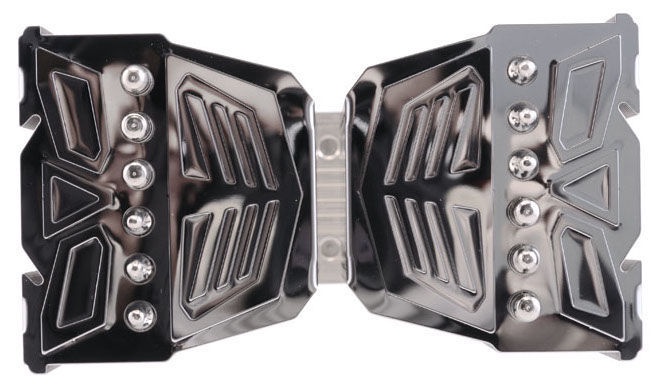 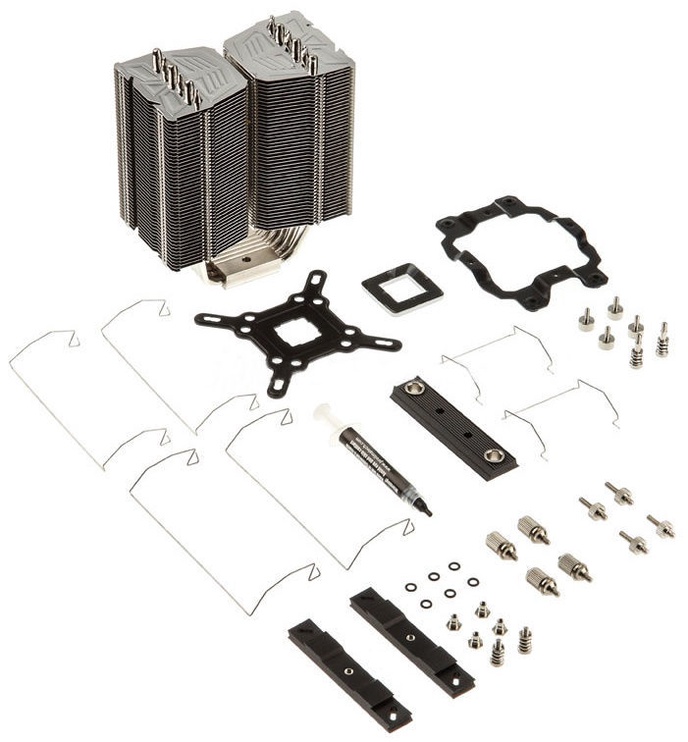 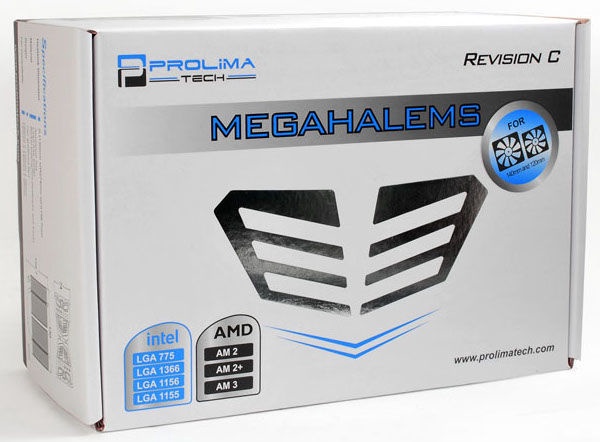 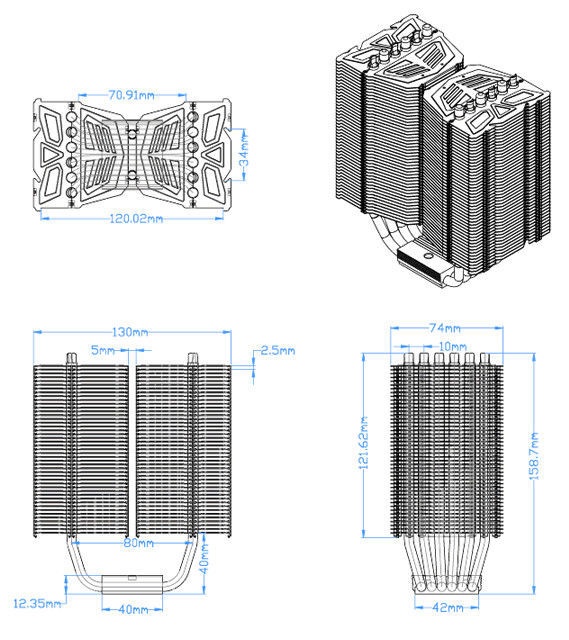 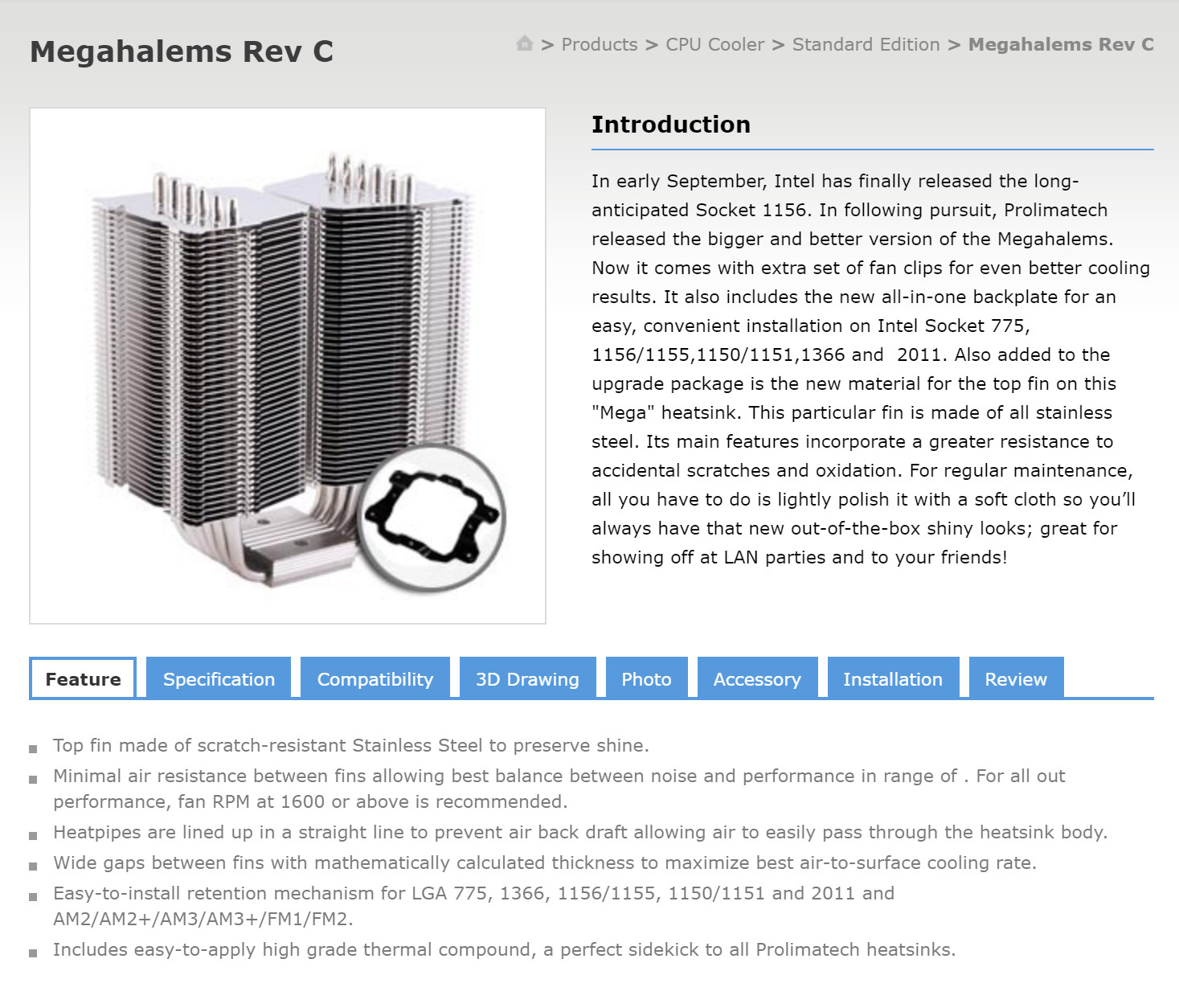 This is the new revision C version of Megahalem. This already includes the previously optional AMD kit and allows installation on Intel and AMD processors without additional accessories. In addition, four instead of two fan terminals are included in the scope of delivery, in order to be able to attach two fans already on delivery.

Giants are now standard in high-performance CPU coolers. Correspondingly full-bodied are usually the names. With Prolimatech, a new company is now entering the stage and is stepping into these very footsteps: Megahalems is the name of the self-confident debut work and initially impresses with its size. The term twin-tower is close, although historically biased.

Only at second glance does the extremely high-quality workmanship stand out. Here, however, is the real passion: every detail is thought through and meticulously implemented. But the massive screw suffocates any doubt about lazy compromises on cost savings in the bud. The aluminum fins are thicker than most coolers and also stabilized towards the edge by additional struts. Why the effort? In coolers simple design, it may happen that the fins bend towards the edge, they are then partially on each other and obstruct air flow and cooling.

The thickness of the slats is not only a quality feature, but primarily serves for better cooling. With mathematical calculations, Prolimatech achieves the optimum of cooling and material use, because ultimately the weight should not increase unnecessarily. Likewise, the parallel arrangement of the heatpipes and the distances between the lamellae have been calculated precisely in order to achieve minimal air turbulence and thus minimal obstruction of the airflow.

The cooler has six U-shaped double heatpipes, which also dissipate the heat of overclocked CPUs efficiently. In cooperation with the optimized lamellar arrangement and thickness, there are no doubts about the outstanding cooling performance. Ultra-silent and overclocking are no contradictions. The base plate made of copper is nickel-plated and is thus also ideal for heat-conducting pastes made of liquid metal in order to achieve the optimum in performance. Also details such as heat pipe cover and radiator top are of outstanding quality and simple elegance.

Like other well-known manufacturers, the megahalem is delivered without a fan to give you the maximum flexibility in your individual choice. For orientation, Prolimatech specifies a speed of 800 to 1,200 rpm. In this area, the cooler reaches its maximum efficiency from power and volume.