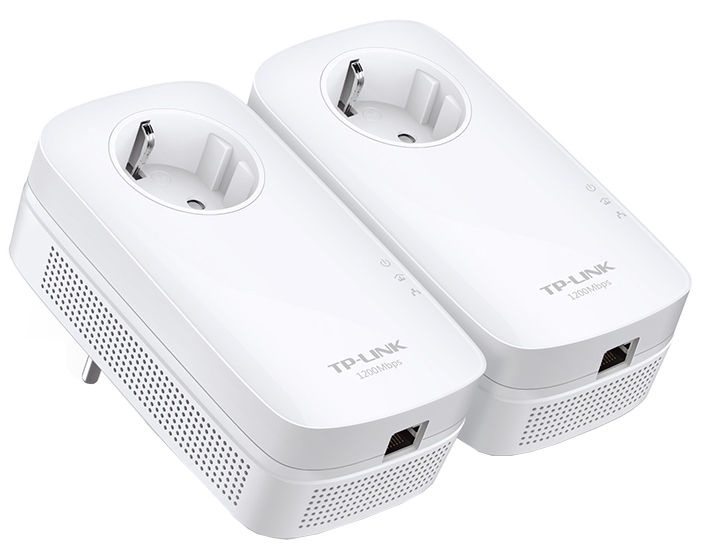 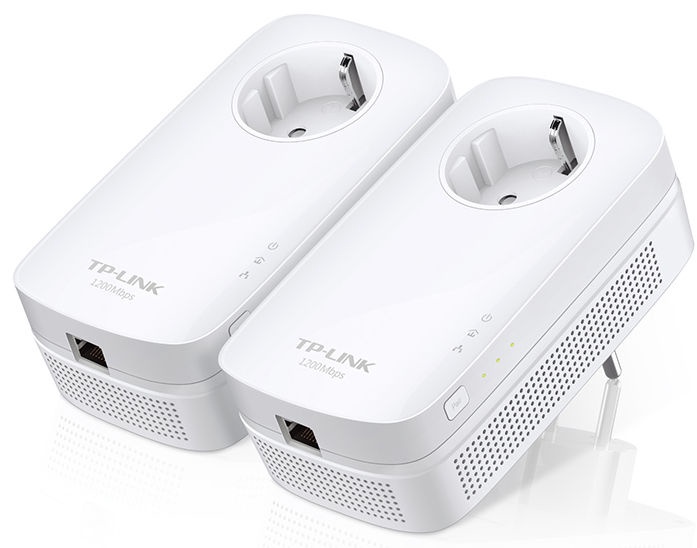 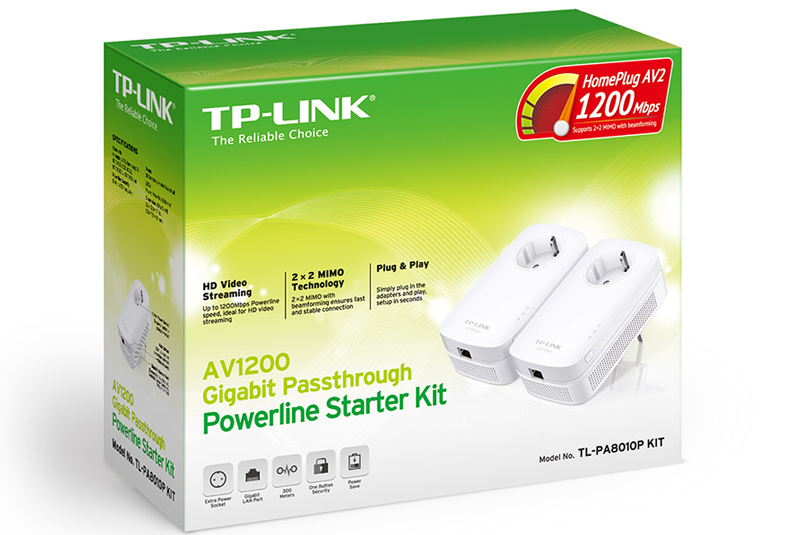 Line-Neutral/Line-Ground with Beamforming
MIMO Technology with Beamforming maximizes the performance on the independent streams, which improves coverage throughout the home, particularly for previously hard to reach outlets.

Higher Transmission Capacity & More Stable Connections
MIMO Technology means the TL-PA8010P KIT can use the 3 wires, including the live, neutral and earth to create multiple data paths, meaning that you benefit from faster data throughput and more stable connections.

Plug and Play,
No Configuration Required
Connect a powerline adapter to the router; plug another powerline adapter into a wall socket in another room, and connect it to your Internet enabled device via Ethernet - and you’re done!

Extra Power Socket for Additional Devices
The integrated power socket, with power output of up to 16A*, means the powerline can be used like a traditional electrical socket. Simply plug in your device or extension lead as though it were a normal wall socket. The built-in noise filter also helps to prevent electrical signal noise from affecting Powerline performance.
*Power output of up to 16A is suitable for high-power

Power Save by Up to 85%
TL-PA8010P is a new-generation of Powerline adapter. Its sophisticated Power-Saving mode automatically switches from its regular “Working” mode to “Power-Saving” mode reducing energy consumption by up to 85%.