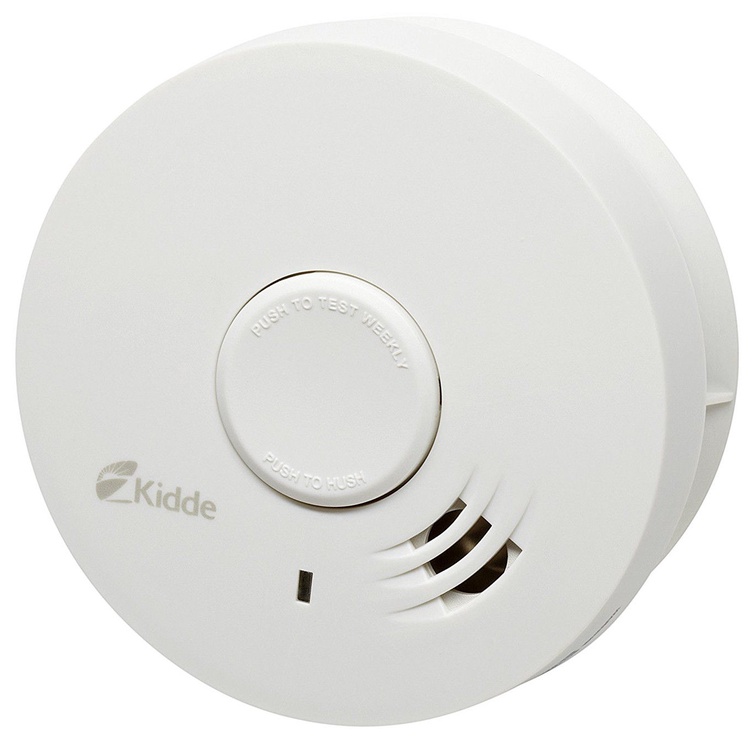 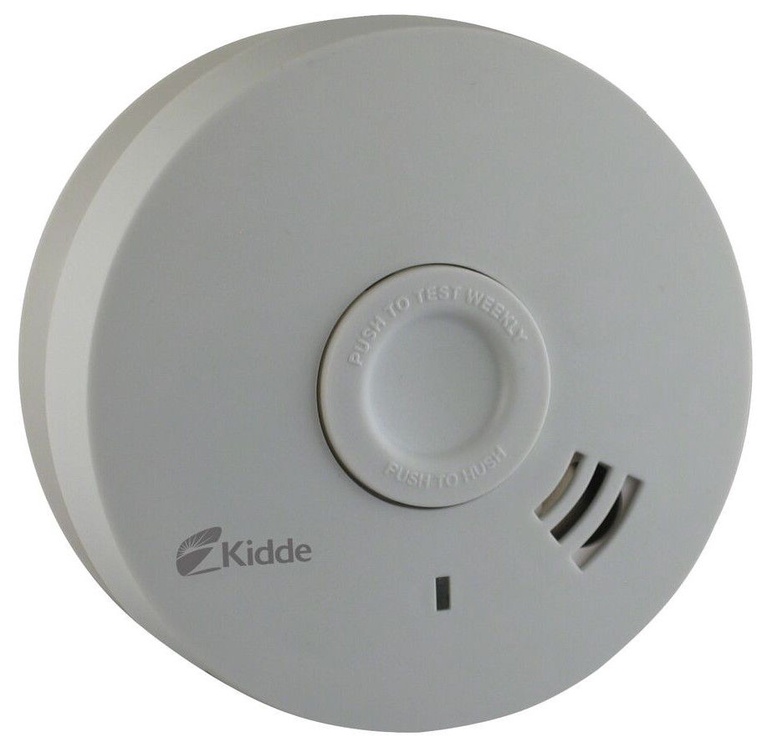 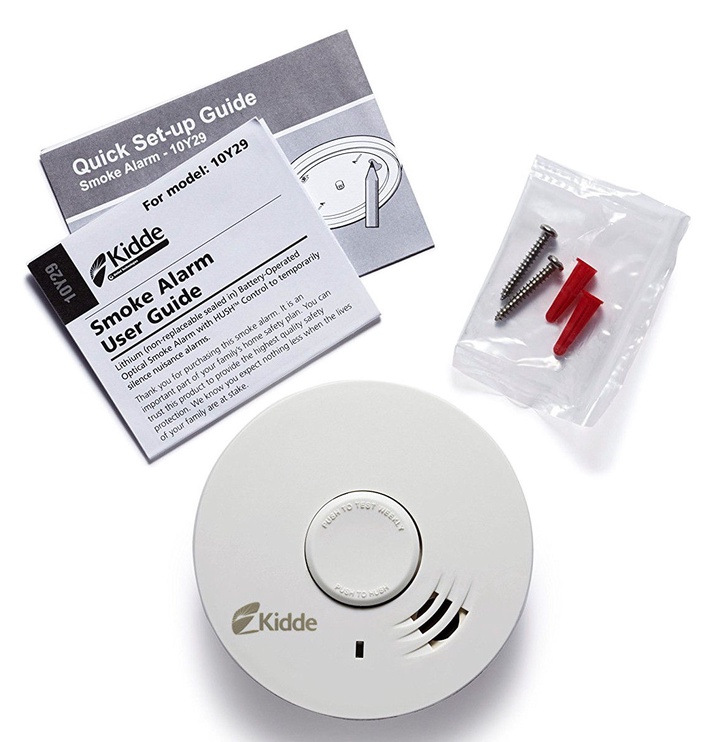 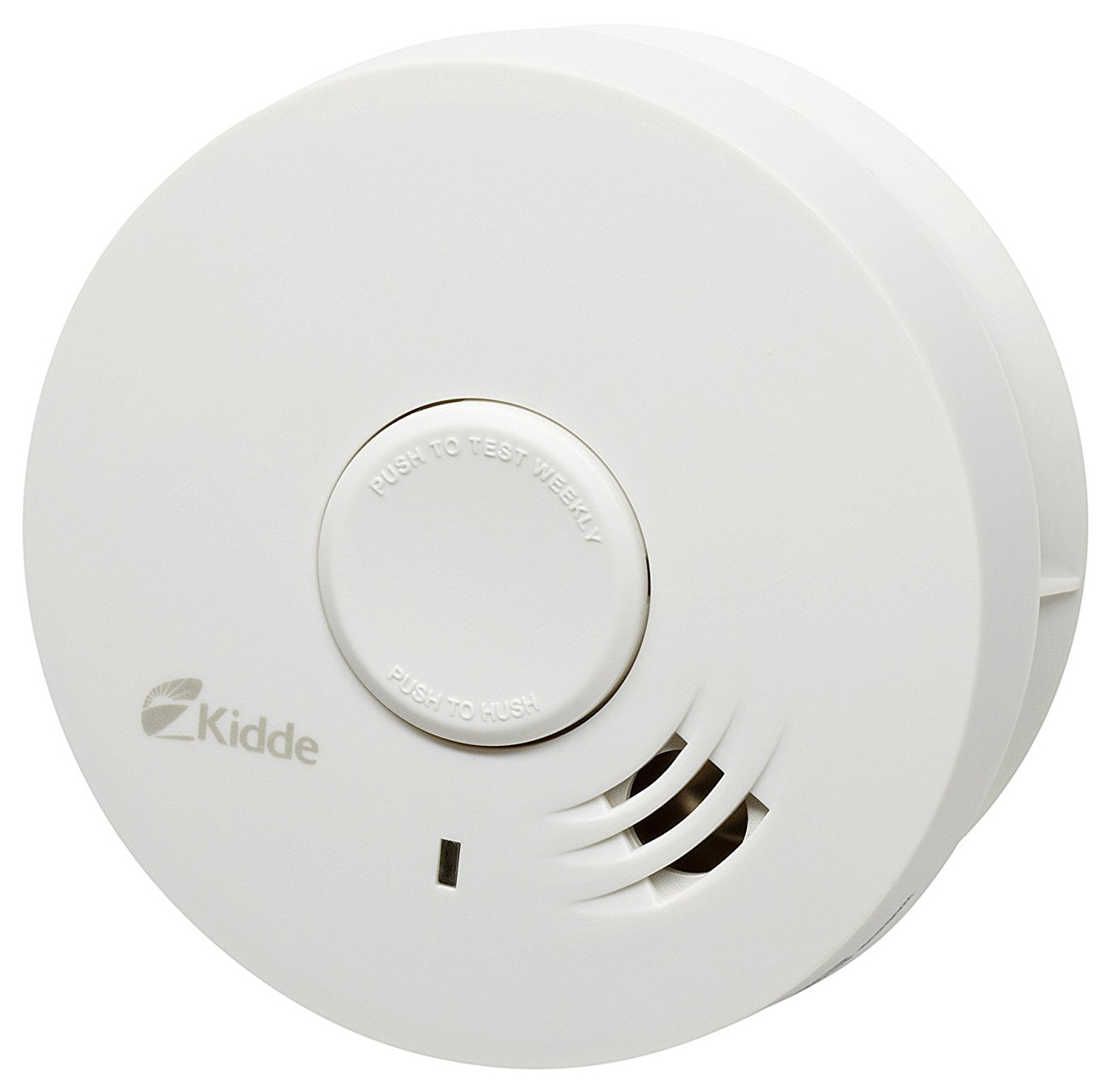 The Kidde 10Y29 Photoelectric Alarm is a state of the art optical smoke alarm, designed for easy installation and a guaranteed 10 years life (no need to change batteries, power source lasts units life-span).

The Optical Photoelectric sensor is highly efficient at detecting slow burning and smouldering fires, such as furniture. The small diameter of the smoke alarm (just 104mm) reduces its storage space needs.

The Kidde 10Y29 alarm features an innovative early and silent low battery warning. This means that rather than chirping and beeping, an LED light will flash at the early signs of the battery running out. After 30 days, the alarm will then start chirping for 30 more days to indicate the end of life. This silent alert feature will be a real benefit when low ambient temperatures occur, as this decreases the battery's temperature and therefore voltage. This typically occurs during the early hours of the night, and therefore this silent feature will prevent annoying beeping at unsociable hours.

The 10Y29 alarm has a reduced sounder output when initially pressing the test button. During an alarm, the sounder produces a loud, 85dB warning. However, to protect the ears, for the first 4 seconds that the Test Button is pressed a reduced level sound will be emitted.