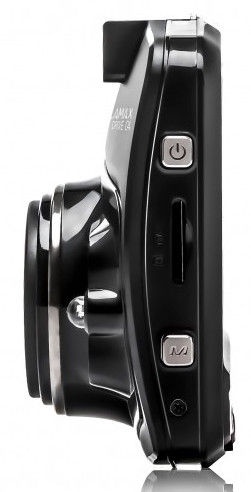 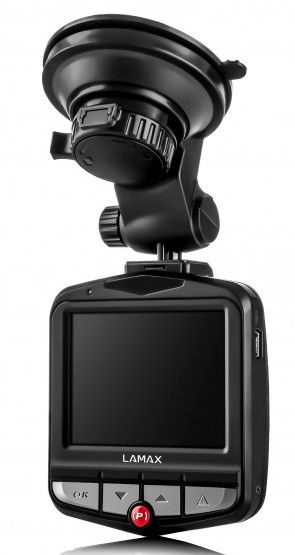 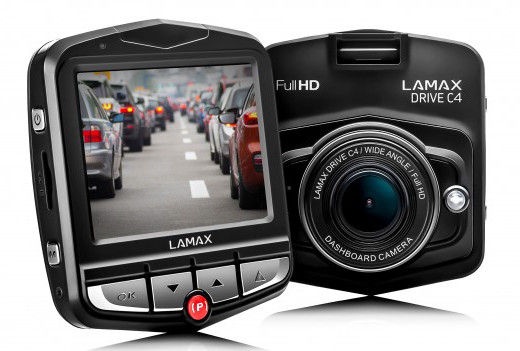 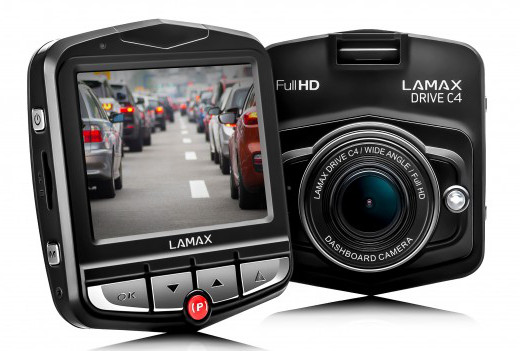 Whether you drive tens of thousands of kilometres a year or you just pop to the supermarket once a month, with the DRIVE C4 dashcam you’ll be ready for anything. Today, on our roads a car crash occurs roughly every 3 minutes. No matter how safe you drive, you can’t guarantee an accident won’t happen to you. In such a situation, a car camera is extremely useful in identifying the culprits and serving as evidence for the police and the insurance company.

High-quality recording in all weather
In the event of an accident it is important to have a recording of sufficient quality to be able to use as evidence. The LAMAX DRIVE C4 dashcam captures and stores video in true full HD and the high-quality lens is sufficient even in poor visibility, for example, in the rain or at night.

Simple setup and user-friendly operation
In order to make the best of a dashcam, it has to be used all the time. If it’s too complicated to operate, using it regularly quickly becomes annoying and ultimately discourages its use. With the DRIVE C4 you simply click it into the holder and connect it to the power supply. The camera controls are highly-intuitive and simple thanks to the larger keys.

Optional GPS in a separate holder
More demanding users can take advantage of the optional GPS module for 8 EUR which comes with a separate holder. Thanks to the special player, you can not only track the direction and route of your journey, but also the G-sensor captures your every movement. This helps identify the culprit, even in minor accidents, for example when manoeuvring in traffic plus it enables you to map out your route perfectly.

Display with multi-lingual menu
The camera features a 2.4" display which can be turned off at the touch of a button. The camera can record your journey without the distraction of the screen. The menu come with multiple languages, including English.

Video quality settings
Thanks to the video quality feature, you can set the level of compression for each recording. This changes the size of the files and hence the number of recordings that can fit onto the memory card. With higher compression, this means you can record up to 8 hours.

Loop recording
Whilst driving, the car camera records onto the memory card in sequence. The length of the sequence can be set according to your needs. If the memory card runs out of space, the camera begins to record over the oldest recordings.

G-sensor
The G-sensor is one of the most important parts of a dashcam. Whilst driving, it records your direction and when it detects an impact it locks the current recording to prevent it from being overwritten.

Motion detection
Motion detection is a useful assistant that monitors your car in your absence. As soon as the camera detects motion in its field of view, it automatically begins recording and locks the recording. In the event of an accident or damage by vandals, you will have proof for the police and the insurance company.

One-touch control
The most important functions are also assigned to individual buttons on the camera. Press a single button to turn off the screen, to turn on the LED flashlight, to lock the recording or start motion detection.

LED flashlight
Shooting under conditions with poor visibility are possible thanks to the LED flashlight. As a result, twilight or darkness will not hinder your ability to document the accident.